Millions of tons of Serbian wheat are exported to the ASEAN countries through third states – is the possibility of direct trade on the horizon? 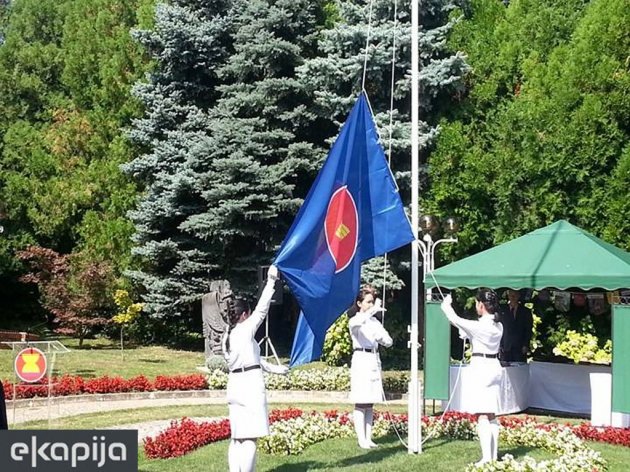 The 53rd anniversary of the founding of the Association of Southeast Asian Nations (ASEAN) was celebrated recently in Serbia. The heads of the diplomatic missions of the ASEAN members in Serbia were willing to share with us their impressions and assessments related to the development of the organizations, the states they represent, but also the future of the bilateral relations and economic cooperation with Serbia.

The ASEAN was formed in Bangkok on August 8, 1967. by Indonesia, Malaysia, the Philippines, Singapore and Thailand and made official with the signing of the Bangkok Declaration. Since the 1980s, the association has been joined by Brunei, Vietnam, Laos, Myanmar, and Cambodia.

The initial goal of forming the alliance was to attempt to resolve the sensitive political-security situation in an ethnically and culturally widely diverse region and to establish peace and stability. In addition to security issues, the union's goals also entailed the economic, and with that every other form of progress of the countries in this region.

Since its founding, the ASEAN has gone through a whole range of declarations, agreements and institutions which have changed and redirected its development. Finally, in 2015, the ASEAN Community was established.

The ASEAN Community is defined by three important strategic spheres, which are expressed fully through the activities of individual institutions: political-security, economic and cultural ASEAN Community.

The current statistical data suggest that the ASEAN is currently the 5th biggest economy in the world, the 3rd biggest one in the Indo-Pacific Region and the 3rd fastest growing main economy in the region in the past 10 years (right behind China and India).

As for global trade, more than 3.4 thousand billion dollars of value pass each year through the ASEAN region, which makes it a strategically very important point of the global economy. There are estimates that, with the economic growth of over 5.5% a year, the ASEAN will become the fourth biggest economy in the world by 2050. Although the economies of individual Southeast Asian states are at various stages of development, the estimate is that they have a great potential for growth.

A curious fact is that, when it was founded, there was great skepticism from the international community that the union, whose activities are based on the principles of honoring the independence and the national identity, sovereignty, equality, non-interference and peaceful resolution of disputes, would persevere, considering the specific problems of the region. However, as Kishore Mahbubani, a co-author of the book “The ASEAN Miracle – A Catalyst for Peace”, notes, the association has not only survived, but also managed, in around 50 years, to substantially improve the living conditions for over 600 million people in the region and become an economically important factor in the world.

The most important breakthroughs of the ASEAN were made in the sphere of economic progress. Mahbubani estimates that the economies of the countries of Southeast Asia were strengthened with the 2015 free trade agreement and trade agreements with large economic players: China, India, Japan, South Korea, Australia, and New Zealand. From 2015, the projected annual growth was 5.2% in the period from 2016 and 2020. The current data show that, in 2019, the total GDP of all the ASEAN countries was close to 9.34 thousand billion dollars, a considerable increase compared to the previous years.

However, it seems that, today, when we're talking about the ASEAN and the individual member-countries, the dimension of the Covid-crisis needs to be added, and then the challenges and perspectives of the further development of this community and its individual states need to be considered.

– The ASEAN was founded in order to improve people's lives through the acceleration of economic growth, social progress and cultural development in the region and to promote regional peace and stability. One of the goals of the ASEAN is to promote active cooperation and mutual help in issues of mutual interest and to provide support in education and research. All member-states cooperate on improving the living standard and promoting East Asian studies. Furthermore, the ASEAN maintains close and fruitful cooperation with the existing international and regional organizations which have similar goals and explores the ways of establishing even closer cooperation – said the ambassador of Indonesia, Mochammad Chandra.

Zoran Djukanovic, the honorary consul of Thailand, believes that, for the Kingdom of Thailand, the ASEAN is a very important organization, which primarily contributes to the deepening of the friendship between the peoples of the South Asia and the development of the overall relations between the member states, especially in the spheres of economy, culture and education.

– The perspectives of the mutual cooperation between the ASEAN members are big in all fields. Within the format of cooperation provided by the ASEAN, the member-states have much easier access to the markets, information and consulting services, local regulations and a whole range of incentives and initiatives. If it is run properly and successfully, as it has been so far, this organization can open undreamed-of possibilities of overall development – Djukanovic concluded.

– I encourage Serbia to join the Treaty of Amity and Cooperation in Southeast Asia (TAC). The TAC is a foundation of the maintenance of regional peace and stability on the principles of mutual honoring of the independence, sovereignty, equality, territorial integrity and national identity of all nations – Chandra pointed out and added that the TAC ensured the right of every state to exists in a national sense without external influences, subversion or coercion and to promote the idea of resolving differences and disputes in a peaceful way.

When it comes to the economic aspect, Chandra encourages Serbia to explore the possibilities in the ASEAN market. He points out that the ASEAN is home to over 600 million people with a per capita income that grows with each year. In the past 5 years, the ASEAN economy has grown 5%. Global players from various industries are present in the ASEAN, and in 2019 direct foreign investments reached the amount of 160.6 thousand billion dollars.

On the other hand, when it comes to the possibility of cooperation between Serbia and the ASEAN, Djukanovic is slightly more reserved. He notes that the biggest challenge when it comes to Serbia's interest in cooperating with the ASEAN member-states is the geographic distance.

– The geographic distance is the first obstacle in the context of Serbia's interest in cooperation with the ASEAN member-states, which is understandable. Regardless of the globalization and the communication, which is very easy in the 21st century, it seems that regional tendencies are still given an advantage.

Djukanovic also points to the fact that the economies and the business cultures of the two sides are not complementary, which partially pertains to being familiar with cultural, historical and traditional segments. However, he is optimistic regarding the possibility of the ASEAN nations getting to know Serbia and getting closer to it, learning about its customs and culture, and in that sense he is also optimistic regarding the development of the potential for cooperation in the fields of economy, culture and education.

When it comes to the potentials of the economic cooperation between the two countries, ambassador Chandra says that the bilateral trade between Indonesia and Serbia has a positive trend, that it grows considerably each year and that Indonesian investments are growing and contributing to the exports from Serbia. He adds that both states have an agreement on visa exemption, which is an advantage that can boost the mutual relations between Serbia and Indonesia in the long term, especially in commerce, investments and tourism.

– There's an enormous potential for bilateral trade, which we haven't yet explored. In 2019, over USD 52 million worth of Indonesian products entered the Serbian market through third countries. It's similar with Serbian products. Indonesian companies imported millions of tons of Serbian wheat from third countries. We should work on having this trend prevail and change in the future. If we could increase direct trade between Indonesia and Serbia, I believe that the volume of the trade would increase substantially as well – Chandra pointed out.

The ambassador of Indonesia also takes into consideration the deep impact of the Covid-crisis, especially when it comes to economic relations. He emphasizes that there are projections that the bilateral cooperation will be lower this year compared to 2019.

Djukanovic agrees and says that the pandemic is an additional factor that will slow down the potential cooperation between Serbia and the ASEAN countries.

However, Chandra believes that the communication between business people from Indonesia and Serbia will increase. This year's Trade Expo Indonesia, which will be held virtually, due to Covid, between November 10 and 16, 2020, is an opportunity for that to happen.