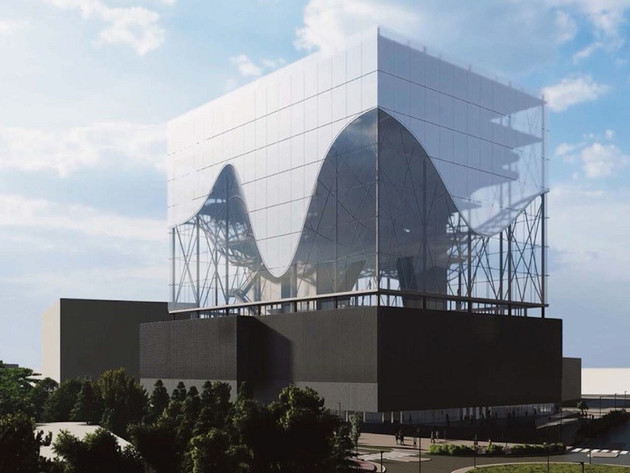 (Photo: Grad Banjaluka)
An architectural team from Belgrade has won the international contest for the preliminary design of the future multifunctional hall/congress center, among 110 competitors from all over the world, announced the mayor of Banjaluka, Igor Radojicic, during yesterday's presentation of the selected design of the future congress hall.

By the number of works applied, this is the largest international contest in the recent history of Banjaluka.

Presenting the selected design, which will be awarded with EUR 30,000, Radojicic pointed out that Banjaluka would get a new multifunctional congress-conference-concert center and another symbol of the 21st century.

– Among the competition of 110 works by architects from 38 states, this design was ultimately selected by the commission as the best – Radojicic said.

He emphasized that, with the construction of this facility, Banjaluka would get one of its future symbols and that, thanks to its architectural features, it would be unique and recognizable.

According to him, what follows is the preparation of the main project, parallel with which the financial construction for the building of the future hall will be prepared.

City Architect Ivan Raskovic said that the selected design was excellent, standing out from the very strong competition of remarkable architectural solutions.

– All the features in the selected design, in addition to being visually attractive, are arranged vertically, and the concert hall is planned at the very top of the facility – Raskovic said.

As he specified, there three main purposes of this multifunctional facility – the core being the concert hall with 1,500 seats, which, in addition to its primary purpose, will also be available for various congresses and meetings. Furthermore, it will contain a theater with 700 seats, a space for a philharmonic orchestra and additional features, such as hospitality facilities.