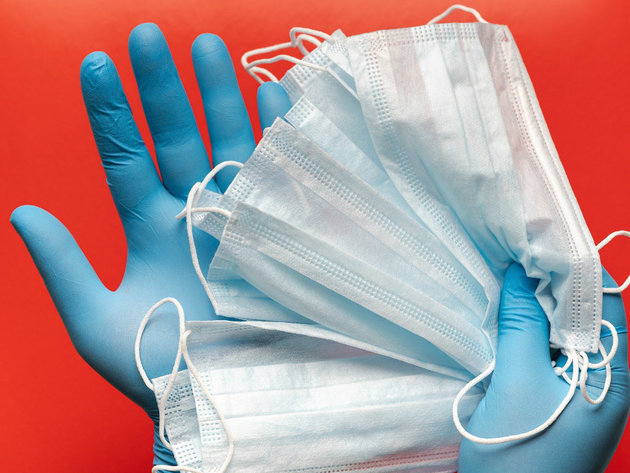 Illustration (Photo: Pixabay.com/Christian Slater)
The first contactless face mask dispenser installed at the Nikola Tesla Airport is the result of the efforts of local experts gathered in the company 365 ADS, which designed and produced 90% of its parts.

Just in case, the machine also features a small touch area, which is constantly disinfected by UV rays.

The machine was installed two days ago, is the only one of its kind in Serbia and is currently in a test phase.

The company had been supported by the Innovation Fund at the beginning of the epidemic and it made disinfection booths.

– While making the booths, since the supply chains had been severed, we procured machines where, whichever component we couldn't get, we could make ourselves. The orders for the cabins arrived in May and June, and we saw that the world trend was to make mask dispensers. Unlike the machines available in the world, our machine is contactless – he says.

Although 365 ADS spends about fifteen days on developing its products, the mask dispenser required a whole month.

– We wanted to make something different, there were no parts, so we came up with a mechanism that dispenses masks, because the problem there is that they get stuck. The machine is a local invention that we will try to patent in the upcoming months – he says.

A flexible team of talented people has already agreed to deliver the machines to several shopping centers.

– If there's an interest of the local community, we will try in the city as well. As the traffic increases, there may be more machines at the airport – he said.

Until the coronavirus outbreak, the company dealt with the use of new technologies in marketing.

– Marketing and events are on hold, so we have reoriented. We have made vending machines before, but only those with touch screens. We made the biggest hologram in Serbia in 2019 of 4 square meters. We have made plenty of innovative things, but this machine is the most complicated one so far – Vucicevic points out.

The machine doesn't have to be for marks only, because it can deliver any product without size limits, and the plan is for it to be developed in the next 2-3 months.

The company is also developing a disinfection device which will also be contactless.

– It can disinfect 7,500 times on one charge. We have made a tunnel for the disinfection of masks and phones and we are now planning to develop that too – Vucicevic concludes.
Companies:
365ADS Beograd
A.D. Aerodrom Nikola Tesla Beograd
Tags:
Innovation Fund
Nikola Vučićević
contactless mask dispensers
disinfection cabins
mask disinfection tunnel
phone disinfection tunnel
innovations
technological innovations
coronavirus
Share: