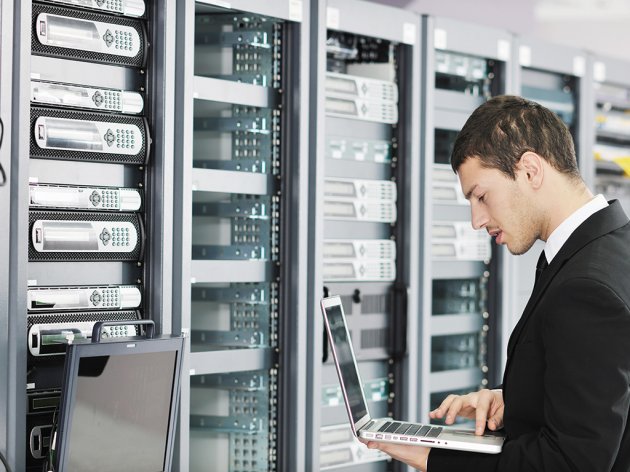 Illustration (Photo: dotshock/shutterstock.com)
The Novi Sad-based IT company 3Lateral, a member of the American company Epic Games, one of the leading tech companies in the field of interactive entertainment, has bought a parcel in the very center of Novi Sad for the construction of a new working space for its team in Serbia at the public auction held on June 9, 2020. The land of 6,495 m2 was bought for RSD 933,039,225. The construction of the development campus, near the University at 32 Radnicka Street in Novi Sad, is the next step in Epic Games' investments in the IT community of this region. In three to four years, experts in arts and computer sciences will work in this location on the development of the most advanced technologies for the whole world.

The director of 3Lateral, Vladimir Mastilovic, emphasized that the company deals in interactive media, that is, the media of the future for computer modeling and visualization.

– Due to the pronounced interactivity, it is necessary to have a wide range of skills and knowledge – in art, mathematics, programming, even psychology, in order to faithfully present a digital character. The proximity of the university to the location of our future building is important precisely because of said multidisciplinary approach. We want to expand the dialogue with the academic community of Novi Sad and form a team of highly motivated people. We have just bought the land and we are looking at further activities related to design and construction. The concept of our company is to make products which are then used to make some other products, so the success of others is our success as well. We want to educate others to succeed like we do, so we invest in people's education. We plan to move into the new building in three to four years. Experts in arts and computer sciences will work there on the development of the most advanced technologies for the whole world – Mastilovic concluded.

– Symbolically, in the same location where a new industrial zone is to be raised and where a re-industrialization of Novi Sad is being carried out, the seat of the city's chemical industry was located in the early 20th century. The location was then a reflection of the ruin of an industrial period for decades afterwards, in the sense of irresponsible policies and devastation of facilities. With this investment, the future IT center, we are now a step away from establishing a clear outline of the 21st century industry, characterized by new technologies, which fit into this part of the city in terms of urban planning. It is up to us who are the decision-makers to provide the best conditions and enable the realization of projects which guarantee a safe future for our citizens, and we do this so as to keep young people from leaving Serbia. The decision of 3Lateral, that is, Epic Games, to expand their operations in our city is a strong message that Novi Sad and Serbia have a bright future. We are creating the outlines of a certain tomorrow, as the reality is such that you can't keep the new generations unless you provide them with new, modern content and challenges, which is why we are always thinking proactively – said the mayor of Novi Sad, Milos Vucevic.
Companies:
3LATERAL Novi Sad
Grad Novi Sad
Vlada Republike Srbije Beograd
Tags:
Epic Games
Vladimir Mastilović
Ana Brnabić
Miloš Vučević
sale of building land
urban building land
construction of general city center
public auction
construction of a science campus
research center
Share: