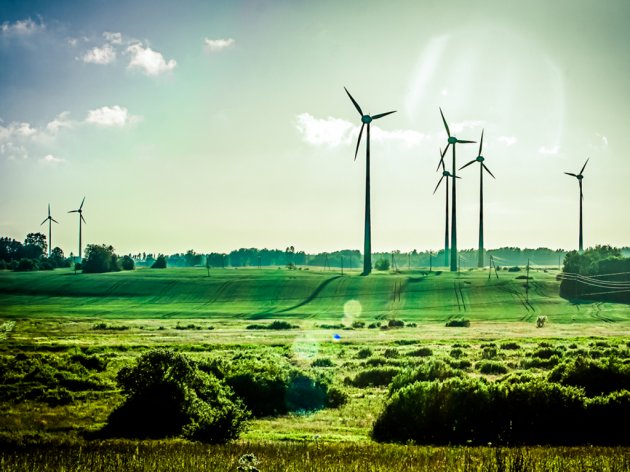 Illustration
The members of the City Assembly of Subotica have adopted the Decision on the Preparation of the Detailed Regulation Plan for the Construction of the Maestrale Ring Wind Farm, an investment worth EUR 700 million.

The funds required for the preparation of the plan will be provided by the company Vetropark Maestrale Ring, whose seat is in Belgrade and whose founder is the company Fintel Energija. The plan will be prepared by the PE for Road Management, Urban Planning and Housing of Subotica and Projektura doo Belgrade.

The CEO of Fintel Energija, Tiziano Giovannetti, announced this February that these projects would make Serbia one of the countries to most quickly get involved in the energy transition from fossil fuels to clean energy.

– The Maestrale Ring project will be the biggest land wind farm in all of Europe – Giovannetti said.

The plan is for the wind farm to be installed in the southeast section of the administrative area of the City of Subotica, between Cantavir, Visnjevac, Gabric, Bikovo, Stari Zednik and Novi Zednik, and the wind generator area will be at least 1,000 meters away from the settled areas. The total area amounts to around 10,800 hectares.

It has been estimated that the wind farm to be built in Cantavir will be able to produce 600 MW of electrical energy, which, according to the local media, is enough power for half a million households.

– In the next period covered by the plan, the development and the use of RES need to be stimulated, which will considerably raise the living standard and the degree of environmental protection and preservation. The Republic of Serbia has the beneficial natural characteristics and a good potential for the production of energy from renewable sources, which could contribute to the reduction of the country's dependence on imports and reduce the greenhouse effect – says the Decision.

The plan defines the rules of the development and the construction for the following features:

– the wind farm – a system of several generators for the production of electrical energy from wind;

– a general route of a 400 kV powerline connecting the substation with the Elektromreza Srbije power transmission network;

– underground power and TC cable network connecting the wind generators and the whole complex with the point of delivery of the produced energy to the power network and enabling the control of the wind farm;

– a system of access roads whose construction amounts to a temporary reconstruction or the strengthening of the existing farm roads for the purpose of the technological process of construction and maintenance of the wind farm.

Fintel Energija A.D. is a pioneer in the production of electrical energy from renewable sources in the Balkans, where it has operated for a whole decade and is one of the most important investors from this field in Serbia.