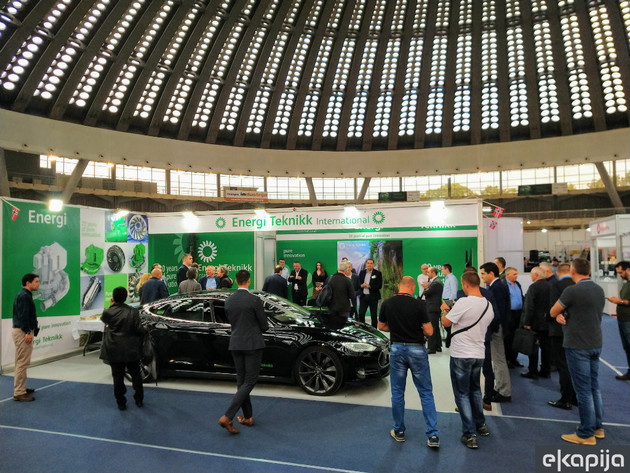 (Photo: Danijela Plemić / eKapija)
The Norwegian-Serbian company Energi Teknikk International, which opened an office in Serbia last spring, has presented itself for the fifth time in a row at the 15th Energy Fair in Belgrade.

As Milan Barackov, the company's general manager, said for eKapija, they are trying to get closer to the market each year and to develop their business. Each year, they implement certain innovations, and this year they've managed to complete a five-year plan.

– We have managed to integrate the entire production in Pirot and Babusnica. We have machine production for hydro power plants, as well as the know-how we use from Norway, and we also have Serbian teams, which help and take part in project implementation – Barackov explains.

He adds that the Serbian mining and energy minister, Aleksandar Antic, said at the opening of the fair that Serbia should take part in activities related to hydro energy.

– This pertains to both small and medium hydro power plants, of course, complying with all the necessary principles – Barackov notes.

He also says that Norway is a good partner, as it has very high requirements for the implementation of a project in line with all the environmental principles and the situation in the field.

– In the metal sector, we are the biggest exporters to Norway from Serbia, using the said activities, and one of the results is the signing of an agreement with a client from Georgia, in the presence of the country's ambassador – Barackov says.

He said that a lot was expected from the Norwegian embassy as well, which will establish the common interest of what Serbia and Norway can provide to others together.

The electric car, fitting into the green energy concept, caught the attention of the visitors at the company's booth at the fair.