Over RSD 360 million to be invested in reconstruction of Hertelendy Castle – Works to begin soon, completion by second half of 2020 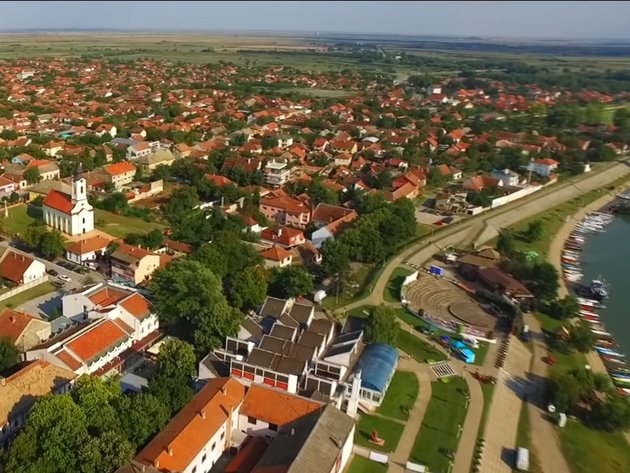 Novi Becej (Photo: YouTube/screenshot)
The reconstruction of the Hertelendy Castle in Novi Becej might start soon, and the completion can be expected in the second half of the next year, after extensive works are carried out on the castle itself and within the complex, which will also get fully new features.

The Capital Investment Administration of Vojvodina has just announced who will do the reconstruction, which is worth more than RSD 360 million, VAT included. The group of bidders is led by the company Modulor and consists of Tesla Sistemi, Gea Water Work, ES Energo Servis, Elita Cop, TVI, Cvetnik and SIMS, most of them being companies from Belgrade. The group was the only bidder, offering a price of RSD 361.9 million, VAT included, which was accepted.

The works will take no more than nine months and be carried out in line with the project which was prepared in the preceding months.

The castle complex itself is quite dilapidated, although the facility was recently (unsuccessfully) revitalized and partially repaired. The complex features stables and a guardhouse, both in very bad condition. The wall which separates the property from the neighboring parcels is also quite dilapidated.

Hertelendy is planned to be a complex for elementary-school-age children. According to the project, the castle is to be reconstructed (with special emphasis placed on the poor roof structure and the walls, which are full of moisture), and the stables are to be turned into an accommodation pavilion. Two playgrounds, one tartan track and one futsal field are to be built, as well as two gazebos, as part of an education park.

An outdoor amphitheater for concerts is also planned, as is a trim track with an outdoor gym.

The ground floor of the castle will feature an education block, a kitchen with a dining room, a sanitary block with a laundry room and the administrative unit. The loft will feature accommodation rooms with 42 beds for children (mostly bunk beds), as well as a playroom.

The exterior will largely resemble the current one, and the façade works will be carried out in line with directions by architects and conservators.

Let us remind that, this February, the Government of Serbia decided for Hertelendy to become a cultural monument, which means that its general features and the structure may not be changed.