Five investors, one of whom from China, to build facilities in Zrenjanin 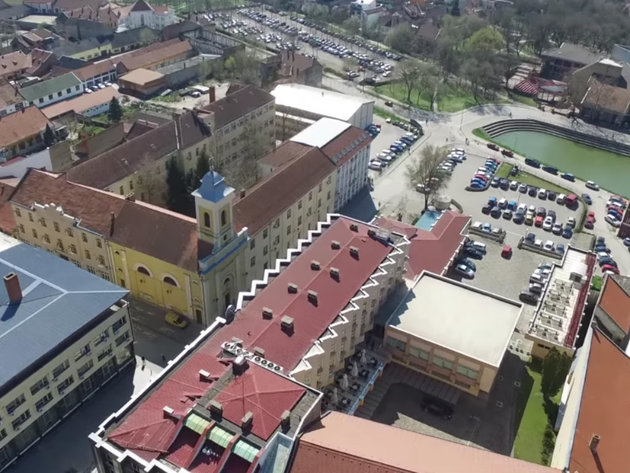 (Photo: Youtube screenshot)
The City Council of Zrenjanin has reached five decisions on the sale undeveloped building land owned by the city. This way, RSD 23.3 million will be paid to the city budget.

The land was alienated after a public ad. Four investors are from Zrenjanin, and one is from China, with the company registered in Novi Sad.

They will build production and individual facilities, the most important of which, in this investment cycle, is the production facility in the Southeast industrial zone, which will be built by Green Miles Chemicals d.o.o. This company produces phosphates and will build a facility on a parcel of two hectares.

– The subject of the sale was 102,900 m2 of building land in the business zones, of which 32,900 m2 in the Bagljas-Airport zone, whereas 70,000 m2 was offered in the Southeast zone at the starting price of RSD 943.50 per square meter. The Uros Predic location has been offered for residential construction – explained the head of the Department for Property-Legal Affairs of the City Administration of Zrenjanin, Violeta Kucanda Bogasenieva.

Commenting on the constant interest of investors for the purchase of urban building land and the construction of facilities of various purpose, whether industrial or residential, Mayor of Zrenjanin Cedomir Janjic pointed out that those were good news. He added that, in the past two years, more and more interested investors responded to each contest.

– A Chinese company registered in Novi Sad will come to our industrial zone. This company has nothing to do with Linglong, but is interested in operating in Zrenjanin, in the Southeast Zone. On the other hand, the industrial zone Bagljas is being filled out, with two parcels sold at this contest. The good news is also that apartments are being built. We have already pointed out that there are more than 400 apartments being built in Zrenjanin and that investors are still interested – Janjic emphasized.
Companies:
Green Miles Chemicals doo
Linglong International Europe d.o.o. Zrenjanin
Shandong Linglong Tyre Co.,Ltd.
Gradska uprava grada Zrenjanina
Tags:
Green Miles Chemicals doo
Linglong
City of Zrenjanin
Violeta Kučanda Bogasenieva
Čedomir Janjić
City Council of Zrenjanin
sale of undeveloped construction land
Southeast Industrial Zone
Bagljaš Aerodrom zone
Uroš Predić location
construction of apartments in Zrenjanin
Share: