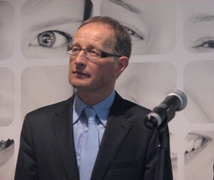 Slovenian company "Merkur" has announced today (March 31st, 2009) that it will invest about 25m EUR in the new retail center in Belgrade, which should be opened in October 2009.

That will be the largest "Merkur" center ever with nearly 20,000 square meters of retail space – the President of Administration of “Merkur Group”, Bine Kordež, told Beta agency and added that that trade center would be offering the entire "Merkur’s" assortment, from building materials to furniture and household appliances.

The new trade center in Karaburma will employ about 130 people.

- Our plan on long-term basis included opening of another six trade centers in Serbia, but it now all depends on the economic situation and availability of funds – Mr. Kordež explained.

He specified that "Merkur" trade centers should also be opened in Novi Sad, Kragujevac, Čačak and Niš.

Last year "Merkur" registered about 70m EUR worth of turnover in Serbia, but the company expects smaller turnover in 2009 (about 50m EUR) because the metal-processing companies within that Slovenian group are not operating that good this year.

Kordež reminds that "Merkur" owns Serbia-based companies "Avala promet" and "Čelik", which deal with production and trade in steel, sheet metal and tubing, and that the Group has more than 500 employees in Serbia.