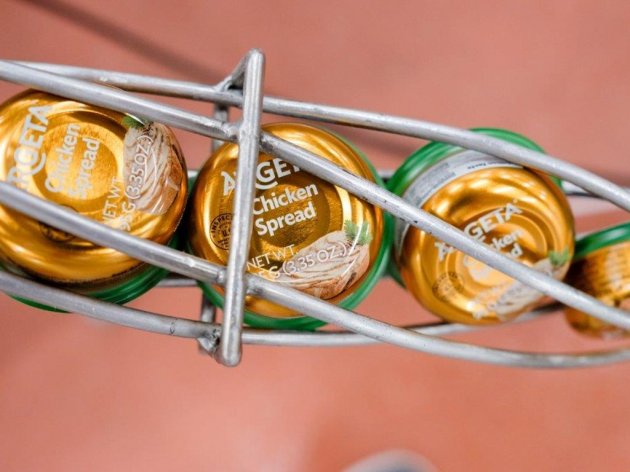 Atlantic Group has announced that it started producing the deli spread Argeta in Harrisburg, Pennsylvania, today and that sales revenues of USD 3 million are expected in the first year.

Thanks to the top technology perfected in two regional factories, Slovenia's Izola and B&H's Hadzici, Argeta will be produced in cooperation with the US company Brother & Sister in Harrisburg exclusively for the North American market, they said.

As they point out, in November and December 2017, in cooperation with local distribution partners, an intensive distribution of Argeta to nearly two thousand sales outlets in the USA and Canada will start and soon be followed by a strong promotional campaign, primarily in the sales outlets and on digital media.

Enzo Smrekar, General Manager of the Deli Spreads department at Atlantic Group, explained that this was an important step forward for one of the most potent Atlantic brands when it comes to internationalization, not just in Europe, but in countries across the ocean as well.

– It is not too much to say that Argeta is the biggest pate brand in the world, as it is Argeta that accounts for the majority of individual sales among numerous pate trademarks. As one of the carriers of the process of internationalization in the entire Atlantic Group, we have opted for a brave and ambitious, but well planned and realistic strategy of expansion outside of Europe, where our brand is already successfully established. In Austria, for example, Argeta takes up more than 37% of the market, in Switzerland, it owns nearly 30%, whereas in Germany and Sweden, we are making a progress from the stable 10% of the market. We are now opening the door to the American market, with a great potential that we will know how to use – Smrekar said.
Companies:
Atlantic group Zagreb
Tags:
Argeta
Argeta pate
production of Argeta
production of Argeta in the USA
production of pates
Enzo Smrekar
export of Argeta
Izola
Hadzici
Harrisburg
Pennsylvania
Brother & Sister
Share: