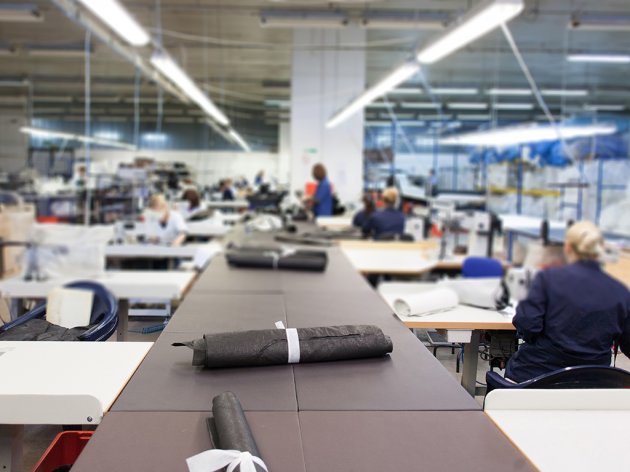 Illustration (Photo: aerogondo2/shutterstock.com)
After a year of operations, the Bulgarian textile company Kalinel recently gave up on the announced investment of EUR 2 million in Bosilegrad. It stopped the production, removed the machinery and let go 104 workers. In line with the agreement of October 2016, the Bulgarians received EUR 750,000 in state subsidies to create 250 jobs. They didn't use the money, the Ministry of Economy says and points out that it's bad that people have not been employed.

Until the end of September, a total of 104 employees worked for the Bulgarian investor at the facilities of the former clothes manufacturer Kobos, earning between 22,000 and 30,000 dinars.

It was not easy bringing an investor to one of the least developed municipalities, says Nevenka Kostadinova, who took part in negotiations with Kalinel. She adds that there was no readiness to cooperate locally. The president of the municipality claims that there was no pressure and points out that the problem is the unsolved question of ownership over the facility that the Bulgarian investor used and was supposed to buy. The municipality and Yumco, a state-owned company, have a dispute over the ownership.

The state, they say, did everything to bring the investor to Bosilegrad, including providing EUR 750,000 in subsidies for the creation of 250 jobs.

– Luckily, the investor didn't draw down the funds through the agreement on incentives, so there will be no consequences to it or the state – says Dragan Stevanovic, state secretary at the Ministry of Economy.

Kalinel is not the only investor to get subsidies and then give up on the investment. Since late 2006, the state has signed 335 agreements with investors, providing EUR 81 million in subsidies. Of those, 102 agreements were terminated, but in no case was the state damaged, because, as those in charge claim, it protects itself.

They also point out that, since the adoption of the law on investments in 2015, only two contracts have been terminated, with the investors being responsible for the termination in both cases.
Companies:
Kalinel d.o.o. Vranje
HKPK Yumco a.d. Vranje
Ministarstvo privrede Republike Srbije
Tags:
Kalinel Bulgaria
Kobos
Yumco Vranje
Ministry of Economy
General Association of Entrepreneurs of Bosilegrad
Law on Investments
production of textile in Bosilegrad
Dragan Stevanovic
Mitko Jovancov
Nevenka Kostadinova
Share: