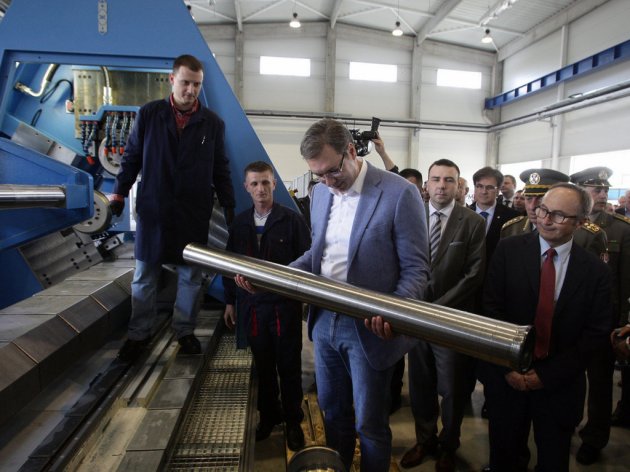 (Photo: Tanjug/Sava Radovanović)
The Minister of defense, Zoran Djordjevic and Head at HK Krusik ​​Mladen Petkovic laid on Saturday in Valjevo foundation stone for a new plant which will employ 120 new workers. The ceremony was attended by Prime Minister Aleksandar Vucic and Chief of General Staff Ljubisa Dikovic.

The investment totals EUR 8,7 m and the facility should be done by September. 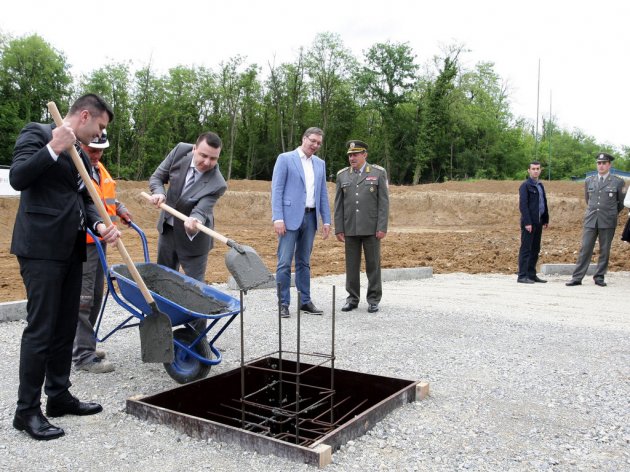 Prime minister Vucic said the special industry factories is getting back to its old paths of glory. He announced that Krusik which now has 1,731 workers will soon employ more than 2,000, 1,500 of which in production.

The production capacity is 35,000 pieces per year .